What is umbrella valve？

Umbrella valve, also known as mushroom valve, umbrella check valve, is a kind of one way valve, check valve, back-flow valve, and non-return valve that are widely used as sealing parts in backflow prevention devices for controlling air or liquid flow in one direction and check flow in the opposite direction.

In virtue of its Air Check and Pressure Release function, Umbrella Valves are widely applied in many different fields, including one-way check valves and air-release valves for patient valve in Manual Ventilation and Manual Resuscitator, Disposable Breathing Masks, Disposable Anesthesia Circuit, and numerous other flow control functions in medical devices.

In addition, other type of umbrella valves can be functioned as vessel vent valves and such as for automotive fuel tanks and diaphragm pumps,portable fluid pumping device like micro air pump, and micro pump.

Depending on different application areas, the material of umbrella valves are diverse. For Silicone Umbrella Valve applied in medical field, the chosen material should reach the FDA Medical Grade and good Biocompatibility.

In Automatic Field：Fluoro-silicone FVMQ, Fluoro- Elastomer FKM that resistant to Moderate or Oxidizing Chemicals, Concentrated Ozone, Acids, Hydrocarbons, oils are often produced with valves which are used in fuel tanks and pumps. 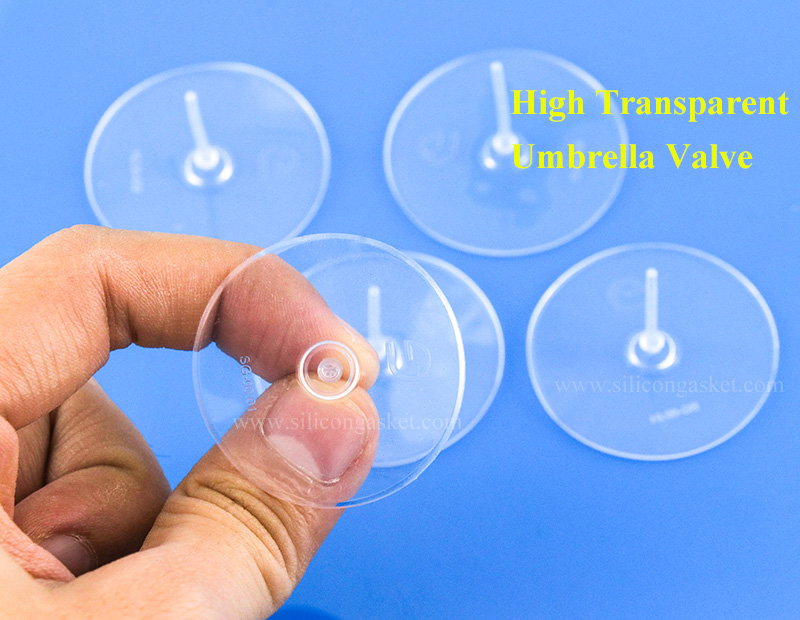 As its named called, the structure of umbrella valve are mainly composed of a umbrella shape Membrane or Diaphragm, a stem and a hook, hence also being called Membrane Valve or Diaphragm Valve. Owing to the requirements of air’s inlet and outlet, a Silicone Umbrella Valve should be designed by different shape, size, thickness, and materials, and tested by different air pressure release, so as to make sure it can be opened and closed by the minimum air pressure. And Pressure drop across the valve is controlled by the modulus of material, effective flow area, the amount of preload on the sealing edge, and the thickness of the umbrella skirt section. 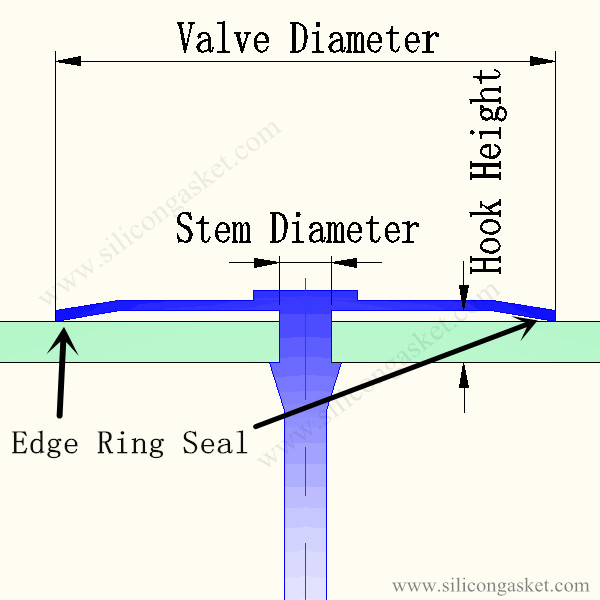 Umbrella Valve and also Duckbill Valve are usually equipped with one-way patient breathing valve that connects to the silicone mask, the intake&reservoir bag in Ventilator, or in Disposable Anesthesia Circuit of a Anesthesia Machine.

Facilitating patient’s co-effective air breathing is the main function of the umbrella valve that used in medical devices like Manual Respiratory, Ventilator and Anesthesia Machine. Usually there are two kinds of Umbrella Valves equipped in the device, one is the Expiratory and Inspiratory Valve for air exhaling out of patient’s lung and for Oxygen breathing into lung, as well as preventing air from returning back. And the other one is Membrane Valve or Diaphragm Valve equipped in the Ventilator which connects the patient breathing circuit tubing so as to control the one way direction of flow.